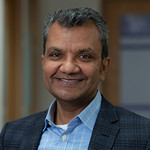 Founder, Chief Executive Officer, President and Chairman of the Board of Directors

Shalabh Gupta, our founder, has served as our Chief Executive Officer, President and director since August 2016. Since June 2013, Dr. Gupta has also served as the founder and Chief Executive Officer of Globavir Biosciences, Inc., a company focused on commercializing novel therapeutics and powerful diagnostics for treating global infectious disease. Dr. Gupta has also served in various other capacities including founder and Chief Executive Officer of Biocycive Inc.; Strategy, Genentech Commercial at Genentech, Inc.; Equity Research, Pharmaceuticals at UBS Investment Bank; Attending Physician at NYU Medical Center; clinical faculty member at NYU School of Medicine; and Equity Research, Biotechnology at Rodman & Renshaw, LLC. In addition, he has served on the board of directors of Beall Center for Innovation and Entrepreneurship since 2018. Dr. Gupta has also served as an advisor to SPARK, Stanford University School of Medicine since 2012, a charter member of TiE, a not-for-profit network of entrepreneurs fostering entrepreneurship, mentoring and education, since 2013. Dr. Gupta previously served on the board of directors of Phenomenome Discoveries Inc. and was a Fellow at the Startup Leadership Program, a medical advisor Synageva BioPharma Corporation (formerly known as AviGenics) and an advisor to NYU Langone Medical Center (Office of Technology Transfer). Dr. Gupta received his MPA in health care finance and management from NYU Robert F. Wagner Graduate School of Public Service, and his medical degree from Jawaharlal Institute of Postgraduate Medical Education & Research, India. Furthermore, Dr. Gupta completed his internship in Internal Medicine, and medical residency in physical medicine and rehabilitation and a research fellowship in cardiopulmonary rehabilitation from New York University (“NYU”) School of Medicine and New York University. He practiced medicine from 2000 to 2008 at NYU’s various hospitals first during his medical training (2000-2004) and then as an attending physician (2004-2008). Dr. Gupta also served as a faculty member at NYU School of Medicine. In the past, Dr. Gupta was a board-certified physician, and he currently holds a license from the California State Medical Board. While working as a stock analyst on Wall Street, Dr. Gupta held Series 7, 63, 86 and 87 licenses. We believe Dr. Gupta is qualified to serve as a member of our board of directors because of his background as a physician and as a biotechnology executive and his extensive experience in both in-licensing technologies from academic institutions and biotechnology companies as well as out-licensing technologies to larger organizations in addition to his former experience on Wall Street. 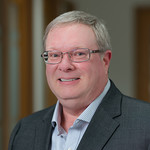 Mr. Townsend has served as Chief Financial Officer starting in March 2021, and he has previously served as Vice President Finance and Chief Accounting Officer in a consulting role since September 2020. He has over 25 years of public and private company experience in industries including biotechnology, medical devices, and high-tech electronics manufacturing. Before joining the Company, Mr. Townsend worked at Guardion Health Sciences, a medical foods company from 2016 to 2020. From 2005 until 2015, he worked at Cytori Therapeutics, Inc., a stem cell therapy company. From 1996 to 2005, he worked at several high-tech companies, and he started his career at Deloitte (formerly Deloitte and Touche) after graduating from San Diego State University in 1993. Mr. Townsend is a Certified Public Accountant in the state of California. 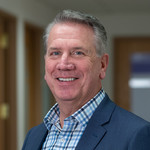 Douglas Jermasek joined Unicycive in 2021 as Executive Vice President, Corporate Strategy. Mr. Jermasek is a seasoned biopharmaceutical executive with over 25 years of commercial leadership experience in both U.S. and international markets. Most recently, he served as Senior Vice President, Marketing and Strategy at Akebia Therapeutics, a role he assumed after the merger with Keryx Biopharmaceuticals. Previously he spent over a decade at Genzyme (a Sanofi Company) culminating as Senior Vice President and General Manager, Head of Renal Global Business Unit. In that role, he drove sales of over $1 billion, establishing Renvela® as the standard of care for the treatment of hyperphosphatemia for patients with chronic kidney disease (CKD) and achieving “blockbuster” status globally. Earlier, he held management positions of progressive responsibility at Intercept Pharmaceuticals,  Prometheus Laboratories, Agouron Pharmaceuticals, and Abbott Laboratories. Mr. Jermasek holds a Master’s degree in Business Administration from the Marriott School of Management at Brigham Young University and a Bachelor’s degree in Biological Science also from BYU. 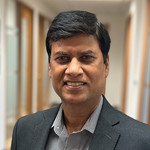 Guru Reddy, PhD, joined Unicycive in 2022 as Vice President of Preclinical R&D. Dr. Reddy has more than 25 years of R&D experience in the biopharmaceutical industry. Prior to joining Unicycive, he worked at Spectrum Pharmaceuticals for 15 years, where he held R&D roles with increasing responsibilities serving most recently as the Vice President of Preclinical R&D. At Spectrum Pharmaceuticals, he was responsible for the preclinical development and clinical pharmacology of a large product pipeline culminating in multiple NDA submissions and full regulatory approval of 4 drugs from the US FDA.

Dr. Reddy earned his PhD in biochemistry from the University of Poona/National Chemical Laboratory in India and obtained his post-doctoral training at Yale University. He is an inventor on 17 granted US patents and co-authored over 30 peer-reviewed publications. 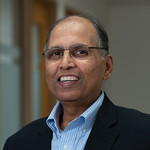 Dr. Gupta has been our Executive Vice President, Pharmaceutical and Business Operations since September 2020 in a consulting role. Dr. Gupta is a pharmaceutical executive with 30 years’ experience at large as well as small companies. He has extensive experience in drug development, regulatory requirements and drug approvals globally. He has led development/approval/launch of over 40 products by leveraging external partnerships/technologies/business solutions. Previously Dr. Gupta served as the Senior Vice President at Spectrum Pharmaceuticals from January 2011 to April 2018, Vice President at Bausch & Lomb from May 2005 to August 2009, and at positions of increasing responsibilities at Baxter, TAP Pharmaceuticals and Abbott Laboratories. He has published more than 50 scientific papers and 2 scientific books, and holds 14 patents. He completed his PhD from the University of Otago New Zealand.